We are the medium - the context - the source of networked creativity. 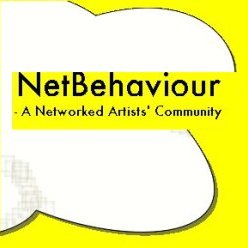 might i echo dave's sentiment? i might? awfully kind of you old boy. it would actually be really good to have a genuine collaborative project between near total strangers over the net, what. :)

Carolina Vallejo said…
I'm sure it will be a very good experience indeed, Marc. Thanks for your trully trully admirable efforts to build a community.
C.

Andrej Tisma said…
Hi Marc, I am also glad we have a new vehical for excahange. I am new here so I first have to look around what is going on.
Well adverts, they are inevitable;-)
A.

Andrej Tisma said…
Yes the oppotrunity is great, thanks for giving it to us.
A.

Andrej Tisma said…
Yes Marc, this is an new opportunity. After our mixed show in your HTTP gallery last year, this is a new form of collaboration and not limited with gallery space, walls.
A.

Ana Valdes said…
Hi Marc! I like Ning and has been using it in several other networks. Clean interface, not so hyped as Facebook and not commercial, a good potential.
Ana

Auriea said…
hello! still trying to figure this out. could be a nice place. i like your choice of yellow ;)

Indira montoya said…
I love the simplicity this has for us. Still have to figure it out a little.

Indira montoya said…
Yes, it's hard not to fall into the typical teenager profile that later on leaves social network participants in the void. I think what you've done so far is really good.

You need to be a member of netbehaviour to add comments!

What is your Practice?
Media Arts, Net Art, collaborative networks and projects 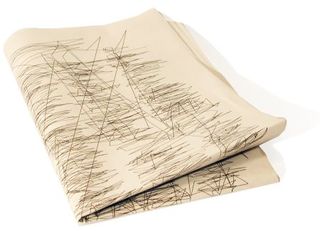 This Newspaper has already been read. The eyes' movements while reading were recorded, digitalized and then reproduced as a print-out. What emerges is an intimation of something that is actually an invisible process, namely reading; what remains behind is a trace of the intake of information. The result is a daily paper which has already been read - a complete and completely read Frankfurter Allgemeine, as it were. The paper was printed alongside a regular…

Graffiti on Ruins in Brazil. Now, this is not what most of us expect to see thinking about graffiti. These are made on ruins of buildings and walls. Not the best place to display graffiti works - not many admirers in these kinda places. But still, these make a good impression and the surrounding ruins help a lot.… 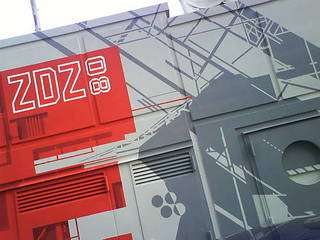 A two-day course centered on experimenting and iteratively fine-tuning urban designs with FabLab. Use materials such as frames and stencil sheets in combination with light and mirrors in order to create spatial constructs. Senior British police officials are talking to the FBI about an international database to hunt for major criminals and terrorists.

The US-initiated programme, "Server in the Sky", would take cooperation between the police forces way beyond the current faxing of fingerprints across the Atlantic. Allies in the "war against terror" - the US, UK, Australia, Canada… Continue

Designer hymens, a composite coat made of blended skin cultures by legendary French artist ORLAN, a brain infused with glowing moss and non-animal ‘leather’ growing in the galleries, FACT (Foundation for Art and Creative Technology) presents a ground-breaking UK exhibition exploring the idea of skin as a place where art, science, philosophy and social culture meet.